We have completed the delivery, erection and commissioning of the two 180T capacity Reachstackers to Offshore wind turbine tower manufacturer CS Wind.

The HLM-1800 Reachstacker has been supplied to CS Wind for their newly developed offshore wind turbine tower manufacturing plant in Taiwan; the heavy duty machines can lift and travel with a 180 tonnes load.
These two Reachstackers are now the biggest operational Reachstackers in the world, surpassing the two 150T capacity Reachstackers Shad supplied to CS Wind Scotland in 2017.
The Reachstackers will operate in a production site which is restrictive of space. The Reachstackers are ideal for this application due to its adjustable extending wheel base and redeveloped steer axle, giving tight turning circles with low ground pressures.
The supply of these machines is testament to the proven versatility of the CES Reachstacker and its reliability at the CS Wind factory in Scotland where the two 150T machines we supplied over two years ago operate that CS Wind have chosen the new 180T machines for their new operation in Taiwan.

CES’s heavy-duty series Reachstackers:
Have a movable lifting capacity from 50T to 250T and are ideally suited to pick and carrying of wind tower components and for use in Heavy Lift applications. They have been designed specifically to move heavy loads, not only to lift them. The reach stackers also have a modular design with an externally mounted Power unit with a hydrostatic drive system. The result is low fuel consumption, low noise level and reduced tyre wear. 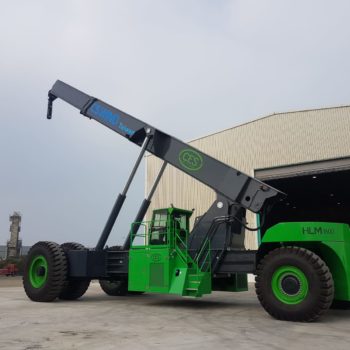 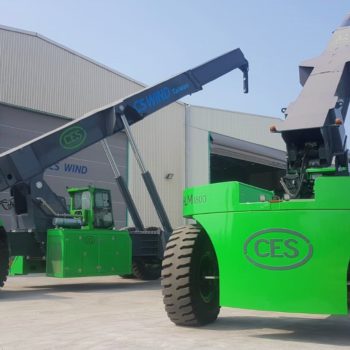 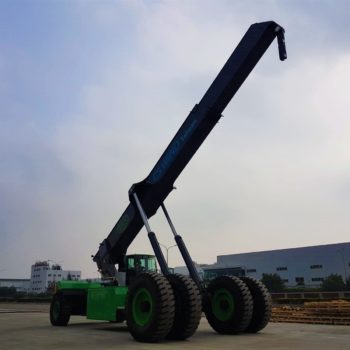 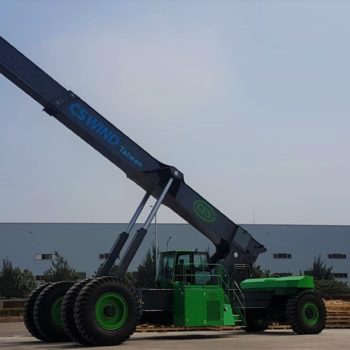 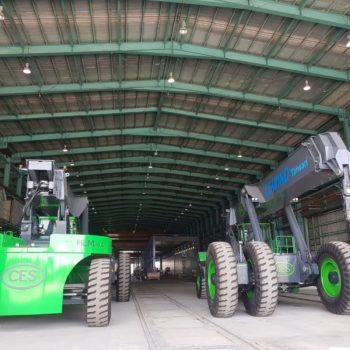 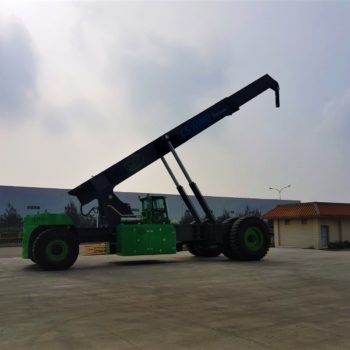 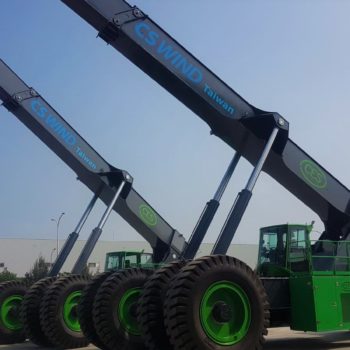 Previous Post SEPTEMBER 2019: MAJOR REPAIRS FOR MPS Next Post DECEMBER 2019: USED 40T CONTAINER HANDLING FORKLIFT FOR BELFAST
Menu
We use cookies to ensure that we give you the best experience on our website. If you continue to use this site we will assume that you are happy with it.OkPrivacy policy